It is a legal requirement to have a fully compliant Legionella risk assessment carried out on your rental property.

By submitting my data I agree to be contacted 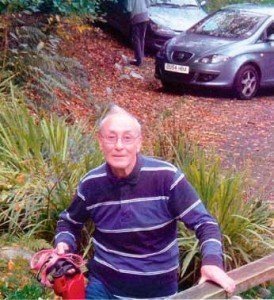 The grieving families of three men killed by an outbreak of Legionnaires’ disease at a British discount store are taking their fight for compensation to court.

Victims Richard Griffin, William Hammersley and Harry Cadman died after contracting the deadly bug caused by a hot tub on display at the JTF Warehouse in Stoke-on-Trent. The outbreak struck more than 20 people in the summer of 2012.

While 13 cases have already settled out of court, lawyers are still seeking to agree fair settlements for the families of those who lost their loved ones and one of the survivors who contracted the disease.

Public health lawyers Irwin Mitchell have now issued formal court proceedings against JTF Wholesale Limited to attempt to bring the cases to a close. Inquests into the three deaths are due to be held later this year and JTF’s insurers have already admitted civil liability on behalf of JTF for causing the outbreak. Meanwhile, the Crown Prosecution Service is also considering whether to pursue criminal charges.

Amandeep Dhillon, partner at Irwin Mitchell commented: “This was a fatal outbreak of Legionnaires’ disease caused by problems with a hot tub that was on public display. There are strict controls designed to reduce the risk of Legionella contamination, but sadly all of those who contracted this dreadful condition were badly let down by JTF.

“While we are pleased to have settled the majority of our clients’ cases out-of-court, we have now issued court proceedings to ensure that justice is done for our clients and that they receive the full and fair settlements that they are entitled to.”

The law is there to help you.